Not everyone is cut out to be a good leader. Depending on the institution, advanced leadership may demand eloquence, empathy, expertise, genius, courage, or any number of other qualities that one may not be born with and cannot easily acquire. And of course, good leadership always requires common sense and decent judgment. Also integrity. In a perfect world, people with deep deficits in these areas would never rise to a supervisory position, much less to the top of a large and complex organization.

But this is not a perfect world, and flawed people are imposed on the rest of us all the time, whether because of favoritism, discrimination, nepotism, myopia, or dumb luck. Sometimes bad leaders are responsible for choosing their successors, which can lead to a vicious cycle of crappy leadership.

But all is not hopeless. There are strategies that even terrible leaders can employ to at least mitigate the harm they might otherwise cause. And the good news is these practice points can be followed by anyone, even if corrupt and dimwitted.

Say, for example, you happen to ascend to the U.S. presidency even as you lose the popular vote because, among other things, you are a talented demagogue, know how to exploit racial and other divisions, your opponent is deeply unpopular, a foreign power interferes in the election, and the FBI director gives you a last minute gift. I know it sounds crazy, but please don’t fight the hypothetical. Now suppose further you don’t have in great supply any of those qualities I mentioned above (eloquence, empathy, expertise, courage, and so on).

Well, there are many basic best practices that even an unfit, hapless, and accidental leader can embrace. I’ll just briefly mention three that come to mind for no particular reason.

First: Read. Yes, read. This presumes basic literacy, but I think we can allow ourselves to make that assumption here. By read, I don’t mean novels or history books. That may require intellectual curiosity that we should not presume in our hypothetical unfit leader. I mean read the most important documents that your staff prepares for you, especially if they have your name on it, if they were specifically prepared for you. That goes double if the document could relate to the safety of actual human beings. One example might be the President’s Daily Brief, which fulfills those criteria. “Reading is Fun(damental)” was a cute children’s literacy campaign when I was growing up. Every leader should remember it. Presidents too. That way, you might learn in real time that the Russian Federation is offering bounties to the Taliban for killing U.S. soldiers. Just by way of example.

Second: Vet what you say. We all misspeak, misremember, get things wrong, and unintentionally offend. That can’t be helped in impromptu settings, especially if you lack judgment and intelligence. But many leaders, by virtue of their position, make prepared statements too. These can be speeches or press releases, or in the age of social media, tweets. These are not impromptu. And because they are not impromptu, they can be vetted. When I was U.S. Attorney, for example, I considered every single tweet I posted to be an official statement, which 3-5 people vetted before posting. Every single one. This simple practice might, for example, help you avoid tweeting a video in which your supporters shout, “white power!” People don’t like racist presidents; it’s best to keep that sort of thing to yourself and off Twitter.

Third: Be available. Again, availability does not require any particular talent or skill or expertise. Thus, it is a perfect mitigation strategy for the unfit leader. Being easily reachable by smarter people who work for you enables the development of better policy and also the undoing of mistakes you might have made by, for example, not vetting what you say (see point 2, supra). Twenty-four/seven availability is the standard M.O. for leaders of nation states, especially. Whatever you may think of the leadership of Barack Obama or George W. Bush, they were always reachable by staff, like during 9/11. If you make it a practice to be reachable, like while playing golf surrounded by Secret Service agents with mobile devices, your racist tweets need not remain on the Internet for many hours as your staff tries to do damage control.

Three basic practices – read, vet, be available. They may not save your job or your presidency, as the case may be, but they can make life a little bit better for you and the people you purport to  lead.

Be safe and be kind. 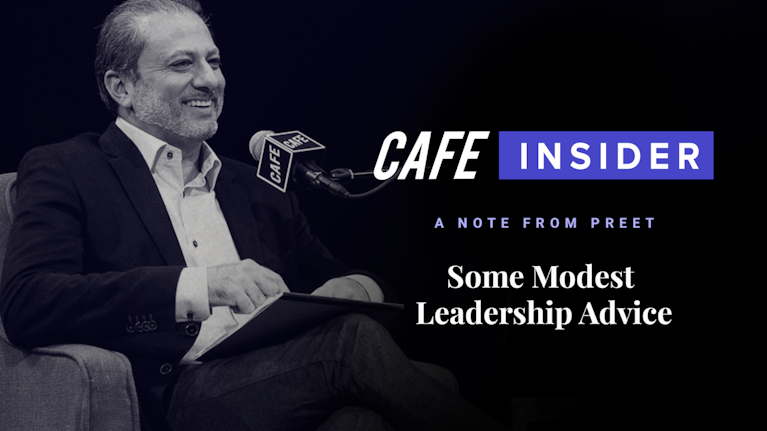